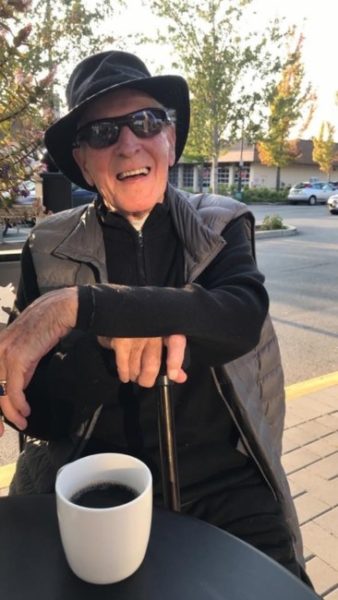 Sorry to have to pass along the news that Walter Cownden passed away on Friday, Dec 20 at age 99.  He was one of the few broadcasters to have spent his entire career in radio in Victoria BC, having spent his formative years at CJVI AM 900, then moving into program management with C-FAX AM 1070, followed by at least two stretches in programming at CKDA AM 1200 and its sister station CFMS 98.5, where he rose to be Vice President.

Walter was physically active and quite independent until very late in life.  He was aged 98 when some six years after losing his wife Mavis (in 2013), he was forced into using a wheelchair to get around, and receiving assistance from a daughter. 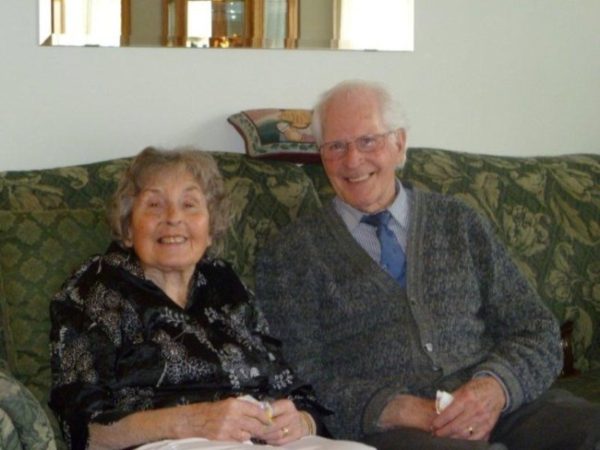 Funeral arrangements have yet to be finalized.  Memories and other comments are welcome  HERE  at the First Memorial website.

Walter was my boss when I was a junior announcer at CJVI. He certainly had a long and productive life making a big impact on Victoria radio.

Michael – the loss of the man that gave me the chance to get my first professional Radio gig, has hit very hard. Mr Cownden was pure class. My sincere condolences to his son, Vince, and his entire Family. He was a very kind and special gentleman. RIP, sir.

I once saw Walter mad. I know he was mad because he told me so. I thought he was having a mild gas attack and offered a swig of Diane Pearce’s secret stash of Pepto Bismal.

One of the truly good guys in what at times was and remains a blood-sport industry Walter was a full-on full-time Gentleman. A pleasure to know him.

I worked with Walter & travelled with him to ottawa & other places. Walter was always a class act, always a gentleman and seldom lost his temper.
Walter would look at things both ways and come up with the best solution which was the case with meetings with DAVE Armstrong,
Wlater llived a long time and stood the cold & bad weather on a navy ahip that he served on during WWII when he he was in the crosenest of the ship. . Somebody always was. Not a good place to be when on the Atlantic Ocean. I have always admired Walter Counden