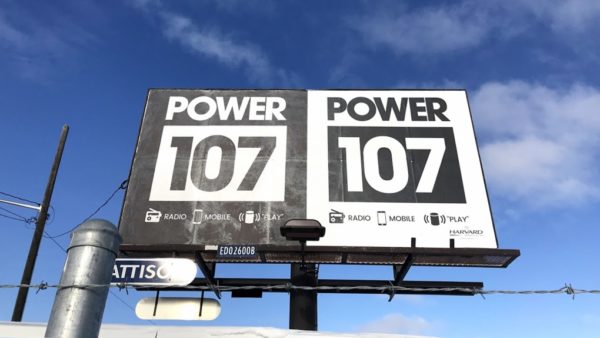 EDMONTON — An Edmonton radio station that was ordered by a Calgary court to change its name has re-branded again.

Harvard Broadcasting Inc.’s Edmonton-based pop radio station changed its name in August from Hot 107 to Power 107. The station rolled out a black and white logo and a new format, 90s and 2000s hits.

One month later, Corus Communications, which owns the radio station that was branded as Power 92 in the 1990s and early 2000s filed a court injunction claiming that Harvard had “brazenly copied the brand, marks, slogans and advertising materials” from the old Power 92 station.

In November, court found in favour of Corus and ordered Harvard to stop using the name POWER.

On Friday, the station announced they were changing their name to play 107.

Despite the name change, Harvard says play will still play the same songs as it did under the POWER brand.