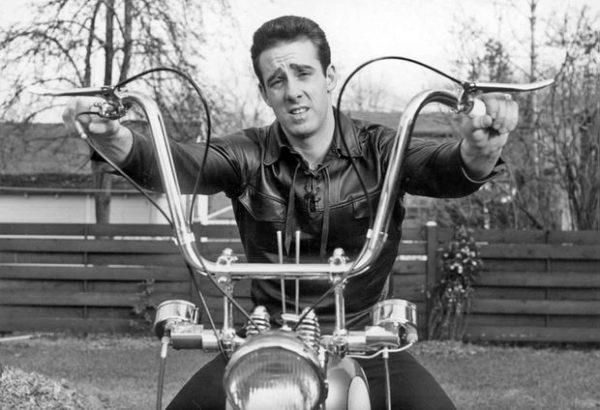 In the late 1950s and early ’60s, there were few bigger stars than Jack Scott. With his signature mix of snarling rockers and soothing ballads, the Canadian-born, U.S.-based musician scored 19 hit singles in just 41 months, a feat achieved by only a handful of other pop acts, including the Beatles. And seven of those hits were on his self-titled debut album.

Blessed with a superb baritone and a wide vocal range, Mr. Scott was one of early rock’s most gifted male singers, surpassed only by Roy Orbison and Elvis Presley. And, unlike Mr. Presley, he wrote his own songs.

Mr. Scott’s death on Dec. 12, of congestive heart failure, led to an outpouring of tributes from musicians and fans all over the world. Robert Gordon, the American rockabilly star and occasional actor, whose version of Mr. Scott’s anthemic The Way I Walk featured in the movie Natural Born Killers, told The Globe and Mail, “Jack Scott was a major influence on me, a first-generation rocker who was bigger than life. I’ll always be a huge fan.” Canada’s Russell DeCarle, of the Juno-winning country group Prairie Oyster, sang Mr. Scott’s ballad What in the World’s Come Over You, when Mr. Scott was inducted into the Canadian Songwriters Hall of Fame in 2011, and regards him as a musical giant. “Jack was a tremendous singer and songwriter,” Mr. DeCarle says. “Country, gospel, rock ’n’ roll, blues and rockabilly – he could do it all.”

Yet Mr. Scott’s accomplishments are often overlooked, while peers like Eddie Cochran and Gene Vincent, who had far fewer hits, sit comfortably as recognized legends in Cleveland’s Rock and Roll Hall of Fame. In 1979, when he performed at Toronto’s the Edge, The Globe and Mail called Mr. Scott “rock’s forgotten man.”