“Ron was a key voice in our history,” said Mariners President and CEO Kevin Mather in a statement. 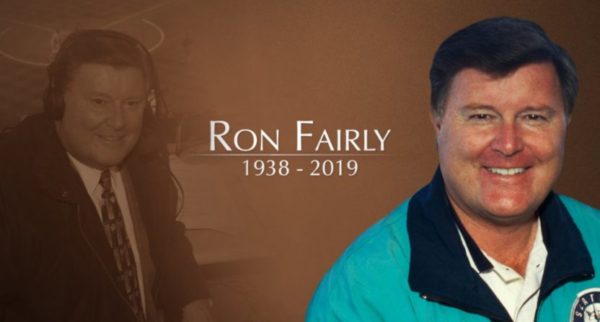 Ron Fairly, a two-time All-Star during his 21-year playing career and longtime broadcaster for three teams with a folksy style of calling games, has died. He was 81.

The Seattle Mariners announced the death Wednesday. Fairly spent 50 years in baseball as a player and broadcaster, appearing in four World Series during his playing career before moving on to work as a broadcaster with the Angels, Giants and Mariners.

Fairly started in the majors in 1958 with the Los Angeles Dodgers. He won three championships with the Dodgers during parts of 12 seasons in Los Angeles. He spent parts of six seasons with the Montreal Expos, where he was an All-Star in 1973. He was an All-Star again in 1977 playing for Toronto and finished his career a year later with the Angels.

Fairly also played for St. Louis and Oakland. In 2,442 games, Fairly had a batting average of .266 with 215 home runs and 1,044 RBIs. He appeared in more than 1,000 games as both an infield and outfielder. Fairly grew up in Southern California, helping USC win the College World Series in 1958.

After his playing career ended, Fairly began a lengthy career in the broadcast booth. He worked on Angels broadcasts between 1979-86. Fairly joined the San Francisco broadcast team in 1987 and remained there before joining Seattle’s broadcast in 1993. Fairly spent 14 seasons with the Mariners as an analyst and occasional play-by-play voice before retiring from full-time duties in 2006. He worked a handful of games on Mariners’ broadcasts in 2007, 2010 and 2011.