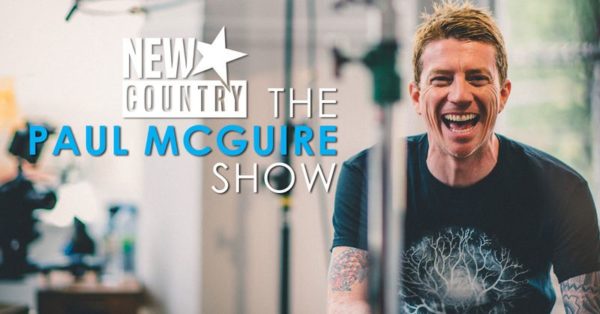 Paul McGuire is an award-winning broadcaster who has hosted and produced shows for CMT, YTV, CTV, Global Television Network, The Food Network, The History Channel, and more.  In 2016, he was awarded the prestigious Country Music Association’s International Broadcaster of the Year award. Paul has interviewed everyone from business leaders to politicians, actors, and the biggest country stars.  Based in Toronto, The Paul McGuire Show will be an important stop for country artists to debut their latest music and share news with listeners across Canada.

“I’m really excited about this show!” says Paul. “It has always been an honour and a privilege to share songs and the stories of the people who make them with music lovers across Canada.”

The show will cover the hottest in country music news and feature chats with the format’s biggest stars.  In addition to this daily show, Paul will continue to host The Paul McGuire Country Countdown every weekend on Stingray country stations from coast to coast.