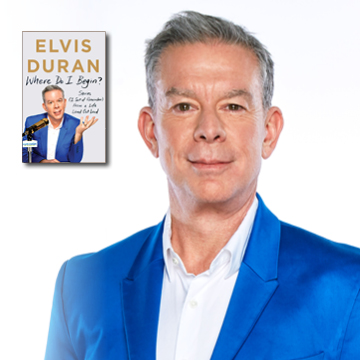 Elvis Duran built his first radio transmitter when he was just a boy in Texas.

After years of inspiration from local KVIL-FM host Ron Chapman, he started to grow his on-air chops at home after school. At first, he played music and read headlines from the Dallas Morning News, primarily for an audience of one: the old lady who lived next door.

When time came to expand his airwaves, he attempted to boost his transmitter’s range by hotwiring it to an old appliance cable. Sadly, his engineering skills were lacking — and he consequently almost burned down his closet.

In 2019, Duran is one of the world’s most listened-to radio hosts. His program, Z100’s Elvis Duran and The Morning Show,  is syndicated to over 80 markets nationwide and listened to by almost 10 million people daily.

Last week, Duran released his first book, Where Do I Begin? Stories (I Sort of Remember) From A Life Lived Out Loud, a nearly 300-page memoir that takes a deep dive into the personal life and career of the man behind the microphone. And luckily for readers, there was no Federal Communications Commission telling Duran what he was or wasn’t allowed to write.
. 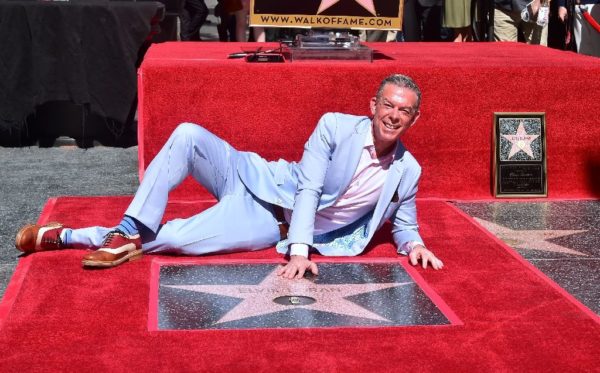 Radio personality Elvis Duran receives a star on the Hollywood Walk of Fame on March 2, 2017 in Los Angeles.

The autobiography serves as a raw look inside the host’s foray through the radio industry. In the 1980s, Duran transports you to San Antonio, when it wasn’t uncommon for a station to receive an envelope of cocaine as payola. He then brings you to Houston, where the radio studios mostly resembled a rockstar’s dressing room. The host simultaneously provides the perspective of a young man in conservative Texas who cruised gay bars and enjoyed 10-cent drinks until he found a lover or plate of waffles.

Duran’s book isn’t only filled with sex, drugs, and Top-40 radio, it’s also flush with honest, emotional and self-reflective stories. Showing insight into the darkest and most vulnerable moments of his life, he makes pit-stops to detail personal regrets and professional firings, living through the AIDS epidemic and even witnessing the aftermath of a horrific murder-suicide.

In Where Do I Begin?, Duran takes off the host hat and allows his audience to hear the types of tales he evokes from his own guests. Below, he discusses his relationship with listeners, his decision to separate radio from politics and more.

READ THE REST OF THIS FEATURE ARTICLE  HERE.