Al Franken, who resigned his U.S. Senate seat in 2017 amid sexual misconduct charges, will re-emerge into the public sphere on Saturday when he starts a new weekly radio show on the SiriusXM satellite service.

The Minnesota Democrat is perhaps the most prominent public figure felled by the #MeToo movement to step back into public life. He said he has no plans to return to politics, but as an author, former “Air America” radio host and “Saturday Night Live” writer and comedian, he’s returning to a realm he inhabited before becoming a senator. Sirius originally carried Franken’s Air America show.

“I miss the Senate a lot but I’m not there so I want to be a voice,” he said in an interview. Of the public’s acceptance, he said “a lot of that will depend on me and whether folks think what I’m saying is important and fun at the same time.”

Franken said he’s been talking for a few months with Sirius about the show, the conversations an outgrowth of a podcast he’s been hosting.

He said there’s a lot of public issues he wants to talk about, particularly with the 2020 election looming, mentioning health care and education specifically. 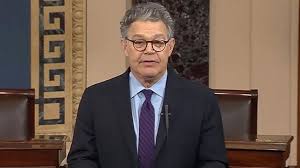 Franken’s support among fellow Senate Democrats crumbled quickly in 2017 after conservative radio host Leeann Tweeden and several other women accused him of unwanted kissing or touching. A photo that showed him with his hands appearing to reach for the breasts of Tweeden as she slept while returning from a USO tour — an apparent joke badly gone awry — mobilized public opinion against him.