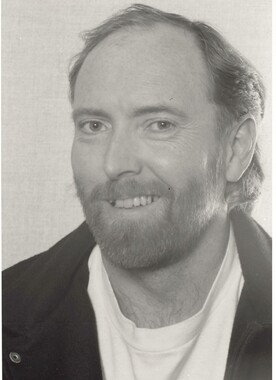 He leaves behind his daughter Jennifer (husband Guy and 4 brilliant grandchildren) his son Brooks, his sister Marianne (husband Malcolm, niece, and nephew), sister Lesley June (husband Dale) and a massive collection of friends.

Known more often as Kerry Marshall, Kerry was a rock and roll radio news man and was often thought of as the best radio broadcast writer in Canada (perhaps the world). “Don’t bury the lead, keep it short, and be brilliant!”

He spent many years on the air with CFOX in the mornings, working with Greg Collins, Dave Pratt, and Larry & Willy. He wrote comedy skits for the Vancouver Show, and moved to Jack FM to do mornings with Larry and Willy for many years, along with other countless endeavours.

To know him was to laugh with him, he was a very witty fellow with a dry sense of humour. He loved nothing more than to engage us all with his short and snappy one-liners. He used to say “If it isn’t funny, what’s the point?”

He loved golfing with his son Brooks (who was known to shoot 69), and Kerry wasn’t bad either. He will be missed by all his buddies at Seymour Golf and Country Club, his favourite pastime.

Like Groucho Marx once said “Either this wall paper goes or I do.” And so he did.

For Kerry’s large and extended radio / music family, an open event is planned at the Shark’s Club on Sunday, September 29th starting at 3:00pm.