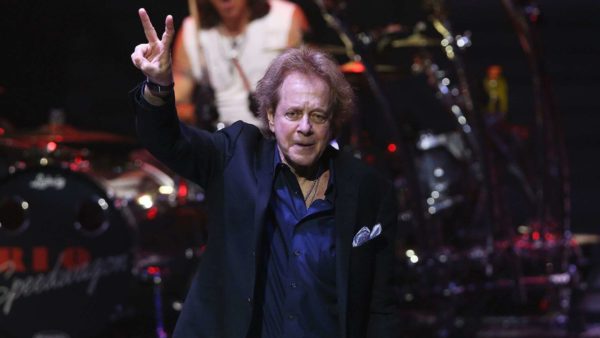 Singer Eddie Money, best known for his songs “Two Tickets to Paradise,” “Take Me Home Tonight” and “Baby Hold On,” died at the age of 70 on Friday.

He had been battling stage 4 esophageal cancer.

Money’s family said in a statement to Fox News: “The Money Family regrets to announce that Eddie passed away peacefully early this morning. It is with heavy hearts that we say goodbye to our loving husband and father. We cannot imagine our world without him. We are grateful that he will live on forever through his music.”

Money, whose real name is Edward Mahoney, made his stunning cancer announcement in a video released in August from his AXS TV reality series called “Real Money.”

In the video, Money said he discovered he had cancer after what he thought was a routine checkup. The rock legend learned that the disease had spread to his liver and lymph nodes.

“What I don’t want to do is I don’t want to keep the fact that I have cancer from everybody,” Money said. “It’s not honest. I want to be honest with everybody. I want people to know that cancer [treatment] has come a long way and not everybody dies from cancer like they did in the Fifties and Sixties. Am I going to live a long time? Who knows? It’s in God’s hands.”