After 4 Decade Run, Roger Christian Is Off The 102.5 Airwaves 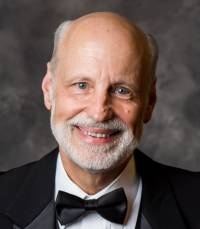 CHRISTIAN, who handled the 10a to 3p shift, told THE BUFFALO NEWS that, “shortly before the end of his THURSDAY shift he was told by local ENTERCOM/BUFFALO Market Manager GREG RIED and PD SUE O’NEILL that the position was being eliminated.”

“They said something about (the shift) may be voice tracked but I didn’t want to go into it,” said CHRISTIAN, adding that other people in accounting and production who have been at the station for some time had been let go, too, within the past month or two.”

It didn’t take CHRISTIAN long to find a new place to hang his headphones, as RADIO ONE BUFFALO Full Service WECK has made him a part of their staff effective SEPTEMBER 16th.

“To say I am thrilled would be an understatement,” Owner BUDDY SHULA states. “ROGER is one of the most talented and respected broadcasters in BUFFALO. I admire what ROGER has accomplished not only in his broadcast career, but also as a human being. He is just a terrific person. Simple as that.”