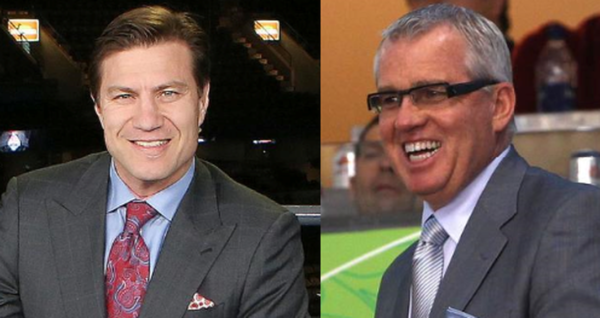 Nick Kypreos, who made the transition from tough guy to talking head at Sportsnet, is leaving his position as hockey analyst with the network after 21 years.

In a summer that has seen many changes of on-air personnel with the principal rights holder of NHL games, Kypreos announced Wednesday he and Sportsnet “after much consideration … have decided to part ways.” 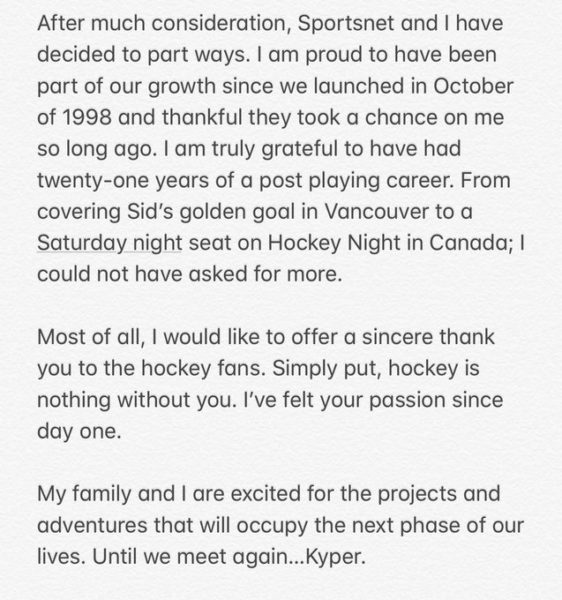 His announcement was followed by a similar one from Doug Maclean.
.

After covering the greatest game in the world for the past 10 years I won’t be returning to Sportsnet . Thanks to all hockey fans for your great support . To my colleagues, especially @RealKyper thanks for the help and friendships. #pei#florida#golf#book

Kypreos, whose NHL career came to a dramatic halt in a 1997 pre-season game fight when the Maple Leaf winger was clocked by Ranger Ryan VandenBussche, joined Sportsnet the next year.

At first unprepared for TV by his own admission, Kypreos took the long way to his panel seat, taping his segments instead of going live and building up contacts. He was a mainstay of the annual ratings war with TSN on trade deadline day and July 1 free agency, and was a regular on Hockey Night In Canada.

“I am proud to be part of our growth since we launched in October of 1998,” Kypreos said in his tweet. “And thankful they took a chance on me so long ago.”

Read more HERE.
.
Our pal Brian Cook says this is just the beginning, with many more changes coming at Sportsnet for the coming hockey season.