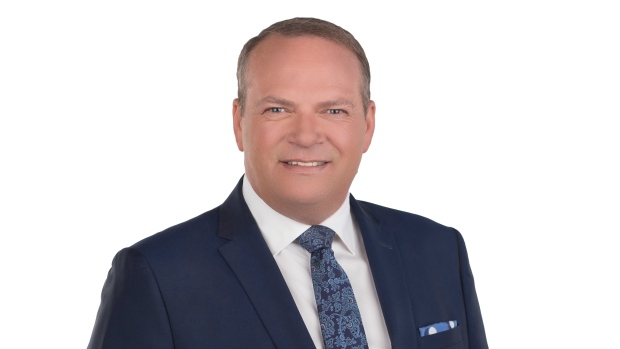 Daryl McIntyre is announcing his departure from the anchor desk on CTV News at Six.

After 33 years with CFRN Television and CTV News Edmonton, veteran anchor Daryl McIntyre is announcing his departure from the anchor desk on CTV News at Six.

“It was about this time of year, 33 years ago, when I said yes to a brilliant opportunity: coming to work at CFRN Television Edmonton as a news anchor and reporter,” recalls McIntyre. “It’s the station I grew up with. Taking over the 6 p.m. broadcast in 1989 at the age of 25 was a daunting challenge that has provided me with a lifetime of memories and experiences. I am proud of the work we have done and have nothing but confidence in our CTV Edmonton team continuing that legacy created by so many people before me.”

“Daryl is an outstanding journalist with an unparalleled commitment to truth, authenticity, and accountability,” said Heather Kim, Director of News and Public Affairs, CTV Edmonton. “Daryl’s integrity, sharp wit, and straightforward style will be missed in our newsroom, but the benefits of his mentorship will be felt for many years to come. On behalf of everyone currently at CTV Edmonton and those who came before us, I want to thank Daryl for his contributions, his leadership, and his friendship. We wish him the very best as he enters this next chapter in his life.”

McIntyre has been with CFRN and CTV Edmonton since October 1986. He began his broadcasting career in radio in the spring of 1983 at the CKO Radio Network. Soon after, he reported news for both TV and radio in Lloydminster, Alta. when he was just 19.
.