By Amanda Bartlett for SFGate.com 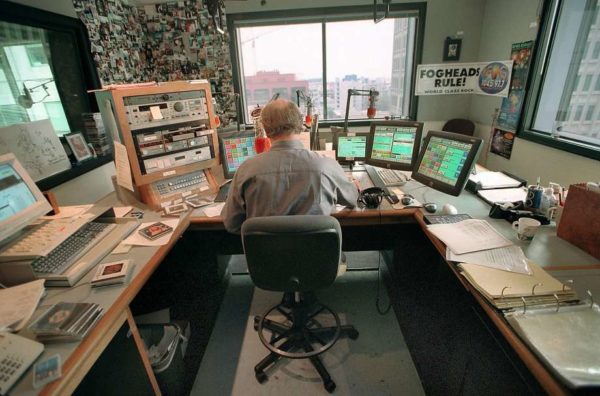 Alt-rock radio mainstay KFOG 104.5 is signing off after 36 years on the air.

On Monday, the San Francisco station announced it would flip to a simulcast of KNBR-AM sports radio on Sept. 6, leaving longtime “Fogheads” with just over a week to savor the sounds of artists like Jefferson Airplane, Green Day, the Red Hot Chili Peppers and Smashing Pumpkins.

A statement released by Cumulus Media explained that the expansion of KNBR would offer sports fans another place to tune into “high-profile personalities and in-depth coverage of the Bay Area’s favorite teams,” plus a stronger signal and broadcast range.

“It’s never easy to say goodbye to a station, and we want to thank the staff, listeners, and advertisers who together made KFOG the legendary and beloved station that so many of us in San Francisco had the opportunity to enjoy,” said Doug Harvill, vice president and marketing manager of Cumulus San Francisco.
.

He added that Cumulus is excited to bring KNBR to a wider audience.

KFOG’s morning radio fixture, “The Woody Show” took to Twitter to share their feelings on the news.

“We knew this was gonna happen the minute the company who owns KFOG sold the 97.7 San Jose frequency,” they wrote. Their stint on KFOG was actually their second, originally airing in San Francisco on “Live 105” 105.3 KITS in 2006.

“It’s an impossible task when nobody can hear the radio station. Without San Jose and east bay, you can’t compete. That said, we love ya! Listen to the podcast!”

Fans and listeners were devastated.