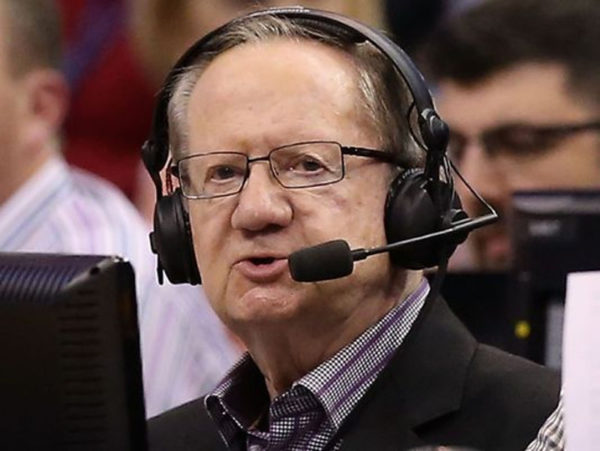 Known as “The Voice of the Suns” Al McCoy looks back on his 47 years as a Suns’ broadcaster.David Wallace, Arizona Republic

The team announced Tuesday that the play-by-play voice of the franchise will be back for a 48th season this year.

He almost didn’t call any of them.

In 2018, he told The Arizona Republic that he wasn’t sure he wanted the job when General Manager Jerry Colangelo offered it to him.

“Initially, I always felt that baseball was the game I would wind up with,” McCoy, who was broadcasting games for the Triple-A Phoenix Giants, as well as being involved with Arizona State football and basketball games and Phoenix Roadrunners hockey said. “Since the Suns then were the first major league team and basketball was one of my loves it just seemed to be a natural fit.”

Since then, he’s become the Suns’ equivalent of Chick Hearn, Ernie Harwell and Vin Scully, men whose voices became synonymous with the teams they covered.

McCoy is in the Suns’ Ring of Honor and the Naismith Memorial Basketball Hall of Fame.
.

Last year McCoy told The Arizona Republic that he will know it is time to retire when he sits down, the ball goes up in the air and he’s not excited about that night’s broadcast.
.
READ MORE  HERE  AT THE ARIZONA REPUBLIC WEBSITE