At 1pm west coast time, Victoria’s KiSS did a Flashback, with the rebranding of JACK 103.1 FM

KiSS FM came to Victoria in 2015, replacing the first JACK ….

And now for Round Two... 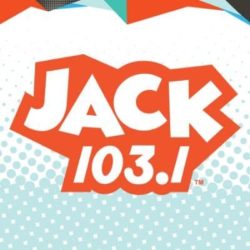 Needless to say, it never worked, bottom basement ratings ever since launch date, so let’s hope Rogers with the All New Jack will begin to warm the hearts of the Capital City. So far, we’re loving he music, with the first song by Queen, Bohemian Rhapsody…

“playing what we want” is still Jack’s slogan.

Thanks to ColeThePony for uploading the launch audio & final minutes: HERE

And the morning hosts on Victoria’s Newish radio station are…

Presenting!! Mornings with Heather Backman (formerly of the Q Victoria)  and David Larsen, formerly with K-96.3 in Kelowna.