at Brantford Ontario, Alexander Graham Bell held the World’s first definitive telephone tests, and made the first intelligible telephone call from building to building. In a one-way transmission, he heard his uncle David Bell recite Hamlet’s ‘To be or not to be…’

In 1902, orchestra leader Ray Bloch (pictured with Ed Sullivan) was born in France.  He came to the US in World War I, and headed an orchestra touring in vaudeville.  He provided the music for hundreds of radio shows, including Milton Berle’s, and among dozens of TV assignments was musical director for headliners Ed Sullivan and Jackie Gleason.  He died March 29 1982 at age 79.

In 1907, character actress Irene Tedrow (below) was born in Denver.  Her notable roles in broadcasting include playing Janet the mother (for 13 years) in CBS radio’s Meet Corliss Archer, and neighbour Mrs. Lucy Elkins on CBS-TV’s Dennis the Menace.  She earned an Emmy nomination for her supporting role in the ABC-TV miniseries Eleanor and Franklin, and another for a guest appearance in the NBC-TV series James at 15.  She suffered a stroke and died March 10 1995 at age 87.

In 1918, actor Larry Haines was born in Mt. Vernon New York.   His first radio role in the 1930s as an actor was on NBC’s Gangbusters. He was the star of Treasury Agent on Mutual in 1947-48, and had the title role of Mike Hammer in Mutual’s That Hammer Guy in 1953-54. It was estimated that he acted in more than 15,000 radio shows in the 1940s and 50s, and later starred in 82 episodes of the CBS Radio Mystery Theater.  On TV his best known role was that of neighbor Stu Bergman on the CBS soap opera Search for Tomorrow. He died July 17 2008 two weeks short of his 90th birthday.

In 1922, WGY in Schenectady, NY began what is generally accepted as the first drama series on radio. The first play was “The Wolf” by Eugene Walter, adapted into a 40-minute radio script by local actor Edward H. Smith. When two 2 X 4’s were slapped together to replicate a door slam, radio sound effects were born.
.

In 1929, Emile Berliner, inventor of the gramophone, died in Washington, D.C.  Berliner took out a Canadian patent on his machine in 1899 and set up manufacturing facilities in Montreal.  His firm was sold to the Victor Talking Machine Company about five years before his death.

In 1951, Harry Alan Towers’ syndicated The Lives of Harry Lime starring Orson Welles as the character he played in the movie The Third Man, had its debut on BBC radio.  The transcribed series arrived in North America the following year.

In 1953, 36-year-old announcer Frank Blair became news anchor of the NBC-TV Today Show. He would keep the job for the next 22 years!

In 1958, 13-year-old Brenda Lee released her first album, “Grandma What Great Songs You Sang” on the Decca label.

In 1959, The Kingston Trio, which helped launch the pop-folk era with their three-million selling single ‘Tom Dooley,’ was featured on the cover of LIFE magazine.

In 1963, the Beatles made their final appearance at the Cavern Club in Liverpool. The group was about to leave its hometown behind for unprecedented world-wide fame and fortune.

Also in 1963, the Beach Boys‘ “Surfer Girl”, was released on Capitol Records. It was the first song written by Brian Wilson and became one of their biggest hits. Six weeks later Surfer Girl made it to number seven on the hit music charts. 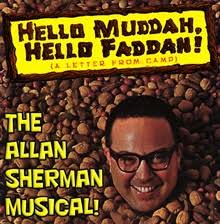 In 1965, CBS-TV’s Canadian-born war correspondent Morley Safer sent out a Vietnam report showing American troops using their Zippo lighters to set fire to thatched huts in a Vietnamese village. The filmed report aired in the States on August 5th.

Also in 1965, the No. 1 Billboard Pop Hit was the novelty “I’m Henry VIII, I Am,” by Herman’s Hermits. The song was written in 1911 by Fred Murray and R.P. Weston and was popularized at the time by Cockney comedian Harry Champion.

In 1966, trailblazing comedian Lenny Bruce died of a morphine overdose.  He was just 40 years of age.

Also in 1966, the Rolling Stones recorded “Have You Seen Your Mother, Baby.”

Also in 1968, The 5th Dimension began a week-long gig at the Steel Pier in Atlantic City for a fee of $11,000. The supporting act was a yet-unknown vocalist from Australia, Helen Reddy, who received a paltry $600.

In 1969, Beach Boy Carl Wilson was indicted in Los Angeles after failing to work as a hospital orderly in lieu of the military draft. 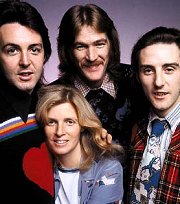 Also in 1971, “It Don’t Come Easy,” the single by former Beatle Ringo Starr, was certified as a Gold Record.

In 1974, Anne Murray appeared at The Schaefer Festival in New York as the headliner. The opening act was Bruce Springsteen and the E Street Band.

In 1983, actress Carolyn Jones, who in the 1960’s played Morticia on TV’s The Addams Family, lost her battle with cancer at age 54. 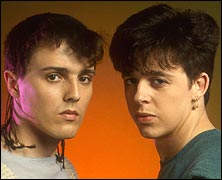 In 1985, the song “Shout” by Tears for Fears topped the charts and stayed there for 3 weeks.

In 1988, the No. 1 Billboard Pop Hit was “Roll with It,” by Steve Winwood. Billboard ranked it the top song of the year.

In 1989, the ABC-TV news magazine Primetime Live debuted, with Sam Donaldson and Diane Sawyer reporting/starring. Just one of many creations of  the innovative ABC News president Roone Arledge.

In 1993, the Motown label and its holdings were sold to Polygram of The Netherlands for $325 million. Boston Ventures had paid Berry Gordy just $61 million for the label five years earlier.

In 1995, actress/director Ida Lupino (below) died from a stroke while undergoing treatment for colon cancer at age 77. 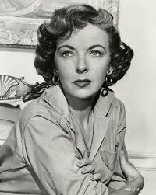 She had become a pioneer among women film makers, directing episodes of The Twilight Zone, Have Gun Will Travel, The Donna Reed Show, Gilligan’s Island, 77 Sunset Strip, The Fugitive & Bewitched.   As an actress she was the 4th star in TV’s Four Star Playhouse, and played opposite husband Howard Duff in the sitcom Mr. Adams & Eve.

In 1996, the song that inspired a sensation “Macarena (Bayside Boys Mix)” by Los Del Rio topped the charts and stayed there for 14 weeks.

In 1999, 36 years after her death Patsy Cline received a star on the Hollywood Walk of Fame. 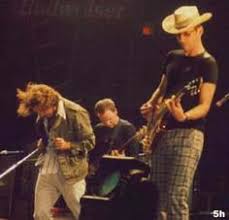 In 2000, Pearl Jam played the first date on the North American leg of their Binaural 73-date world tour at Virginia Beach, Virginia.
.

In 2001, British-born actor Christopher Hewett who starred in the 80’s TV sitcom Mr. Belvedere, died from complications of diabetes at age 79.

In 2002, Bob Dylan played the Newport Folk Festival in Rhode Island for the first time in 37 years. In 1965, the crowd was outraged when he played electric guitar at the festival.

In 2005, the U.S. FCC (Federal Communications Commission) and Dept. of Justice gave their approval to the merger of communications companies Sprint and Nextel.

Also in 2005, Velvet Revolver cancelled their August 8th appearance on ABC’s ‘Jimmy Kimmel Live’ because drummer Matt Sorum had fractured his wrist in a waterskiing accident.

In 2006, Arthur Lee, singer and guitarist with the influential 1960s band Love, died in Memphis at the age of 61 following a battle with acute myeloid leukaemia. He called himself the “first black hippie” and formed Love in Los Angeles in 1965.

in 2007, San Francisco broadcaster Ron Lyons lost his battle with cancer at age 69. Lyons was a “Good Guy” on station KEWB-AM in the 1960s and also worked stints at KNBR, KFBK, KNEW, and KCBS.

In 2008, baseball broadcaster Skip Caray, nationally known as a voice of the Atlanta Braves for 33 years, died just 9 days short of his 69th birthday.  He was the son of Chicago Cubs’ TV voice Harry Caray, and the father of fellow playbyplay guy Skip Caray.

Also in 2008, half of the virtuoso piano duo Ferrante & Teicher, Louis Teicher died of heart failure, three weeks short of his 84th birthday. Still in 2008, Kid Rock was at No.1 on the UK singles chart with ‘All Summer Long’. The song is based on Warren Zevon’s ‘Werewolves of London’ and Lynyrd Skynyrd’s ‘Sweet Home Alabama’. 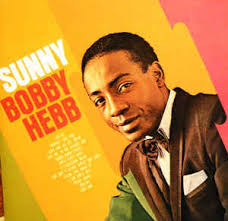 In 2010, singer/songwriter Bobby Hebb died of lung cancer at age 72.  His 1966 recording of ‘Sunny’ was so successful he was chosen to tour with The Beatles.
.

In 2011, we first learned that Jerry Lewis had been replaced as national chairman of the Muscular Dystrophy Association and would no longer  appear on the MDA Labor Day Weekend telethon, which had been his high profile baby for 45-years. 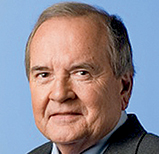 In 2014, New York freeform FM radio legend Steve Post, author of Playing in the FM Band, died at age 70.  First at WBAI and then for nearly 30 years at WNYC, Post was a one-of-a-kind personality who presented a combination of warmth, bitterness, intelligence, mordant humor, and brilliantly on-target observations.

In 2015, Ottawa-born Chris Hyndman, interior decorator and television personality, who was co-host of the CBC-TV talk show Steven and Chris, was found dead in the lane behind his Toronto condominium. Foul play was not suspected.  His mother believes he had a fall while sleepwalking. Hyndman was aged 49.

Also in 2015,character actress and bit player Colleen Gray died at age 92.  During the first 35 years of the TV era she guested repeatedly on episodes of many series, and was a regular on the NBC daytime dramas Bright Promise and Days of Our Lives.

In 2017, Ty Hardin, a popular film and TV actor who starred as gunman Bronco Layne in the early ABC-TV western Bronco, and worked with the likes of Henry Fonda and Kirk Douglas, died at age 87.

Singer Beverly Lee of The Shirelles is 78.

Actor Philip Casnoff (Strong Medicine, Oz, Under Suspicion, One Life to Live) is 70.

Singer-guitarist James Hetfield of Metallica is 56.

Keyboardist Dean Sams of Lonestar is 53.

Guitarist Stephen Carpenter of Deftones is 49.

Musician Spinderella of Salt-N-Pepa is 48.

Actor Tommy Dewey (The Mindy Project, The Mountain) is 41.

Actress Shanelle Workman (The Bold & the Beautiful, One Life to Live) is 41.

Actress Mamie Gummer (The Collection, Manhattan, The Good Wife, Emily Owens MD, Off the Map) is 36.

Actor Jon Foster (Accidentally on Purpose, Windfall, Life as We Know It) is 35.

Singer Holly Arnstein of Dream is 34.

Bassist Brent Kutzle of OneRepublic is 34.

Actress Georgina Haig (Once Upon a Time, Reckless, The Elephant Princess) is 34.

Actress Tanya Fischer (The Defenders) is 34.

1969
In the Year 2525 – Zager & Evans
Crystal Blue Persuasion  – Tommy James and The Shondells
What Does It Take (To Win Your Love) – Jr. Walker and The All Stars
Johnny B. Goode – Buck Owens