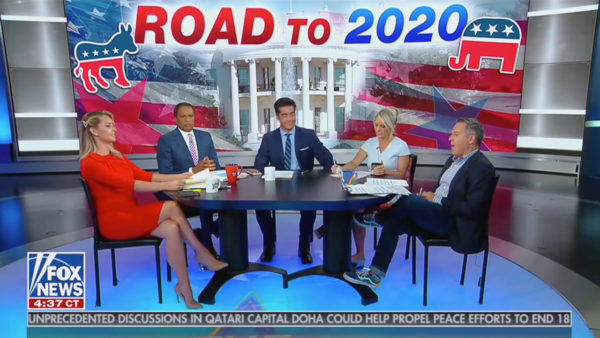 It was a weak month for Rachel Maddow. The MSNBC host, who leads the network’s primetime slate, fell to fifth place in the July ratings, behind four Fox News programs that dominated the monthly numbers in total viewers.

Hannity held down his customary top spot with 3.332 million viewers total for the month, and 527,000 in the advertiser-coveted adults 25-54 demo.

But the real headline for Fox News in July was the success of The Five — which averaged 2.503 million viewers for the month, compared to 2.487 million for Rachel Maddow, 1.914 million for Lawrence O’Donnell, and 1.485 million for Chris Hayes.