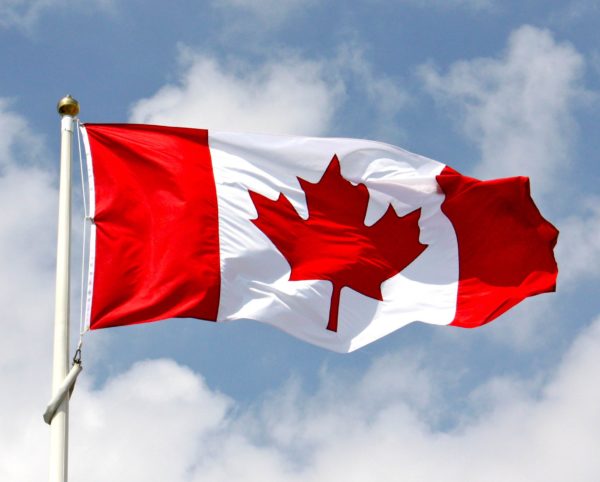 If you’re a radio lover living in Orangeville, you might have recognized the familiar instrumental tune of Canada’s patriotic soundtrack playing out through your speakers. Queued with the music and commercials, the familiar beat of “O Canada” plays before the noon news goes out each and every day.

Playing the national anthem preceding the 12 o’clock news is all part of a test pilot that myFM started in mid-June, Regional Manager Rob Mise told the Citizen.

“It kind of occurred to me that here at myFM we’re proud of the country we live in. It’s the greatest country in the world and it seems to me that our country, and even our county here in Dufferin, can really rally around the fact of taking two minutes of our broadcast day to remind everybody about the national anthem,” said Mr. Mise.

While playing the anthem at the peak listening time on the local radio station is new to Orangeville, the concept of it is not.  A video commissioned by the National Film Board in 1976 to commemorate that year’s Summer Olympics, held in Montreal, titled “With Glowing Hearts” shows a depiction of Canada with shots of icy nowhere, sprawling wheat fields, and costal waves – in the background the familiar tune of the national anthem plays out – then the screen cuts out and the news is done for the day.

“It’s really nothing new. Canadian radio and TV stations, especially back in the 50s, 60s, and 70s played the national anthem,” said Mr. Mise. “If it was 6 a.m. or at the end of the broadcast day they would play the national anthem.”

Rob Mise was the best program director that Calgary ever saw. When he was at Power 107 he blew that station out of the water. I hope he is training someone to take his spot for when he retires.

Way to go myFM, Mr.Mise and Orangeville.
We need more ‘Canada’ and less America, Brexit, most politicians and endless nattering on how to solve climate ‘change’…