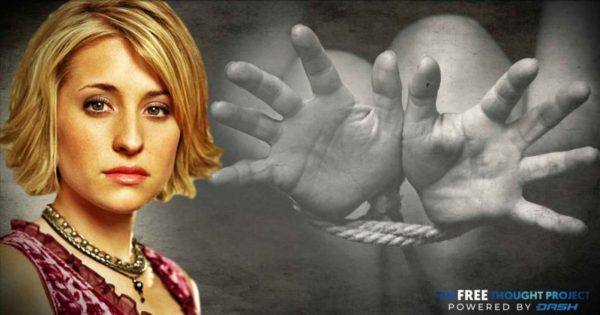 As more details emerge in the case of the elite Hollywood sex cult NXIVM, it seems that the story goes even deeper than was first reported. There is growing evidence that this alleged self-help group was just a front for a human trafficking ring. It has also been revealed that this group has close ties with high-power ruling class families, including the Rothschilds, Clintons, and Bronfmans.

According to the charges, Smallville actress Allison Mack was a member of the cult and worked in a management position. As second-in-command, it was her job to lure women into the programs under the pretense of female empowerment and self-help workshops, to then convince them to sign up for a more “advanced program” called Dominus Obsequious Sororium, which required these women to basically turn the lives over to cult leader Keith Raniere. Dominus Obsequious Sororium is a quasi-Latin phrase that roughly translates to “Master Over the Slave Women.”

When women joined Raniere’s inner circle, they were forced to sign over their finances to him, starve themselves to maintain a certain weight, and he even had them surgically branded with his initials. Raniere would use blackmail to keep the women from speaking out, by collecting nude photos and damaging evidence on family members.