By Katie Scott, National Online Journalist, Global News
.
Her husband Duane (Dog) Chapman confirmed the news on Twitter, writing, “It’s 5:32 in Hawaii, this is the time she would wake up to go hike Koko Head mountain. Only today, she hiked the stairway to heaven.” 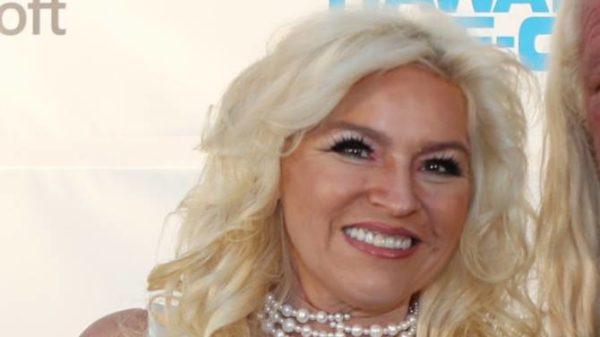 “We all love you, Beth. See you on the other side,” he tweeted.

Beth was placed in a medically induced coma over the weekend, and Duane had asked fans to “please say your prayers for Beth right now.”

He also shared a link to a Hawaii News Now story saying that Chapman was admitted to the ICU at Queen’s Medical Center in Honolulu.

Beth, who was battling cancer, was hospitalized in April. Her husband shared a statement on Facebook letting fans know that she was hospitalized “due to an accumulation of fluid in her lungs.”

Doctors performed an emergency procedure to alleviate pressure that had built up,” the Chapman family statement read.

The mother of two and her husband were the stars on the A&E reality series Dog the Bounty Hunter, which shared the adventures of their family-owned bounty-hunting business. The show aired from 2004 to 2012.
.

The couple took to Facebook in September 2017 to confirm a report that Beth had been diagnosed with Stage 2 throat cancer.

In November 2017, the couple revealed during the A&E special Dog & Beth: Fight of Their Lives that the cancer had been removed, but her family’s lawyer announced in November that her cancer had returned and that she had had another surgery.

In December, Duane confirmed to Us Weekly that Beth’s cancer had spread throughout her throat and lungs and is “incurable.”

The family’s lawyer said that Beth had begun undergoing chemotherapy in Los Angeles in January.