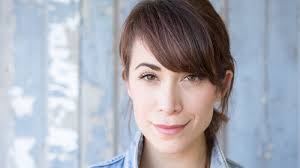 TALIA SCHLANGER, the host of NPR’s music show “World Cafe” will step down this FALL to “pursue new creative endeavors,” reports CURRENT. SCHLANGER previously worked as a radio and TV journalist, producer and host for the CANADIAN BROADCASTING CORP. based in TORONTO.

“Call it an occupational hazard, but talking to people about creativity and courage has inspired me to take a leap and return to my own creative roots,” saidSCHLANGER, who followed DAVID DYE as host in 2017.

“TALIA has made an indelible mark on World Cafe, broadening the musical diversity of our guests and enhancing the journalistic scope of the show,” said host station WXPN/PHILADELPHIA Associate GM BRUCE WARREN. “We look to build on those contributions as we seek a new host for the program.”

Much more news about the radio business is  HERE  at AllAccess.com