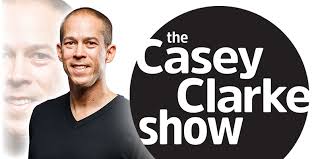 Casey Clarke has been a household name to anyone who loves country music as Casey has been on television and radio for well over two decades. Casey has been called “The Face” of CMT (Country Music Television) as he’s been hosting various programs on the network since 1997. Having been on CMT for over 15 years Casey Clarke is one of the most recognizable personalities in Canada.

Casey Clarke was born and raised in Edmonton, AB and found out early in life he wanted a career in broadcasting. Working for stations like CFOK-Westlock, AB, Mountain FM Whistler/Squamish, BC  Casey found himself in Vancouver working for “The Satellite Radio Network” and syndicated on 71 stations across Canada. Clarke left Vancouver for Kelowna, working for Silk-FM, then off to Calgary, AB to join CMT in 1997.