A Boston sports talk radio host hung up on a Carolina Hurricanes beat writer during an interview Wednesday because he said he “can’t listen to a guy with a southern accent talk about hockey.”

WBZ-FM in Boston asked Chip Alexander, who covers the Hurricanes for The Raleigh News & Observer, to appear on its morning show on Wednesday ahead of the Eastern Conference Finals between the Hurricanes and the Boston Bruins. But Fred Toettcher (pictured above), co-host of “Toucher & Rich,” grew irritated less than five minutes into the interview and abruptly ended it.

Alexander (pictured below) apparently tried to call back into the show, thinking the call had mistakenly been dropped. The hosts instead took calls and dovetailed into a discussion about why Alexander’s accent frustrated Toettcher.

“I didn’t think he was saying anything particularly interesting, and it was getting on my nerves.” 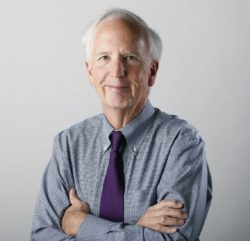