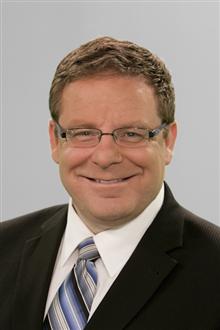 KELOWNA, May 7, 2019 – Global Okanagan announced today the retirement of Rick Webber, effective July 31, 2019. Webber has served as a news anchor in the Okanagan for almost 30 years.

Rick Webber began his broadcast career more than 43 years ago, ranking him as one of B.C.’s most experienced television news anchors. He landed his first media job in 1976 when he worked as a part-time DJ on CJRW radio in Prince Edward Island. In 1978, he moved across the country to B.C. and started working full-time at radio and TV stations around the province. Upon arriving in the Okanagan in 1990, it quickly became clear that it would become his long-term home.

“Rick has been one of the longest serving and most prominent members of our newsroom, and we wish him much more success as he transitions into the next phase of his life,” said Kenton Boston, Vice-President, News and Information, Western Canada, Corus Entertainment. “Rick is a true professional and it has been a pleasure to have him at the forefront of our journalism, telling the stories that matter to us all.”

“While I will greatly miss my regular connection with the viewers, it is the right time in my life to step away from full-time broadcasting and make room for the next generation of journalists,” said Rick Webber, Executive Editor, Global Okanagan. “I am so grateful for the opportunity to connect with the local audience and I hope to continue my involvement in the community in the years ahead.”

Rick was born in Winnipeg, but as the son of an officer in the Canadian Air Force, he grew up moving from base-to-base and from one province to another. Experiencing life across the country shaped Rick into the proud Canadian he is today. Rick appreciates the Okanagan’s hot summers and short winters. He also enjoys motorcycling and boating.