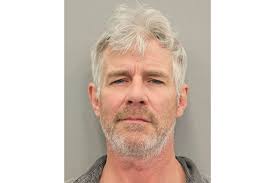 U.S. actor Tim Williams, best known as Trivago Guy — the dishevelled pitchman for travel website Trivago.com — was arrested in Houston after police said they found the man passed out behind the wheel of a vehicle.

Houston police said Williams was found in the driver’s seat of a car Wednesday afternoon in a live lane of traffic with his foot on the brake, the Houston Chroniclereported.

According to KPRC-TV, the 52-year-old Houston native failed a field sobriety test and submitted to a blood draw to test for booze. Williams was also ordered to have a mental health evaluation and was later released from a county jail on a $100 bond.

In a statement, a Trivago spokesperson said the company is aware of an arrest but “do not have the full details of the situation.”

“We want to make clear that Trivago treats such incidents very seriously and strongly condemns drinking and driving, which poses a risk to others and goes against the Trivago culture,” the spokesperson said.