Will the Netflix effect change the way we watch games? 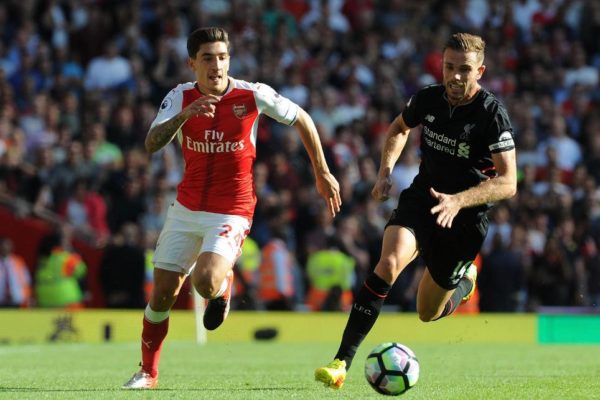 Interesting news for Canadian sports fans: soon, you won’t be able to watch English Premier League games on TV anymore. The Canadian rights for soccer’s most popular domestic league have been bought by DAZN, the unfortunately named U.K.-based streaming service that’s pronounced “Da Zone.” Obviously this is a big deal for soccer aficionados, but it’s also part of a larger trend that could soon touch everyone who cares about sports. So let’s dive into all this, starting small and pulling back to look at the big picture.

Starting next season, DAZN won’t just be the only place Canadians can watch EPL matches online. It’ll be the only place they can watch EPL matches, period. They won’t be shown on TSN or Sportsnet anymore, or anywhere else on TV. Same, by the way, with the UEFA Champions League, which DAZN already owns the rights to. Outside of the World Cup, those are the two biggest competitions in the sport. If you’re a big soccer fan who lives in Canada and you don’t have a DAZN subscription, the company has pretty much forced your hand to fork over its $20/month fee ($150 if you buy a whole year).
.

What about other sports?

DAZN also has the exclusive Canadian rights to the non-Grand Slam women’s tennis tournaments (we discovered that a couple of weeks ago when no one could watch Bianca Andreescu on TV), plus digital rights for every NFL game and some Major League Baseball and Major League Soccer games, and a bunch of other stuff. It also signed boxer Canelo Alvarez to a worldwide deal that pays him $365 million US for 11 fights.

Is this a DAZN commercial?

No, and sorry if it sounded like one for a minute there. Truth is, not everyone is a fan. Streaming has come a long way, but a lot of people still prefer to watch their sports on cable. Sure, today’s smart TVs make it easy to play content from a streaming app on your biggest screen, so it’s not like you have to watch games on your tiny laptop or phone. But you still notice small differences in picture quality compared to cable, and the signal isn’t as reliable, especially if you’re using wifi. On the other hand, you don’t have to buy a cable subscription. So pros and cons.

But most sports are still on traditional TV, right?

Yeah. The NHL, NBA, NFL and Major League Baseball all have deals with old-school, over-the-air broadcasters and cable networks. The question is, for how long? DAZN has billed itself as “the Netflix of sports,” and think about how much Netflix changed the TV industry. Everything is on demand now, and competing networks and studios have jumped into streaming services, along with other tech giants. Amazon has one, Apple just introduced one, and Disney is coming out with one soon. In an effort to win subscribers, everyone is producing original content and cranking out new movies/shows at an insane pace. They call it the streaming wars, and it’s why you now have zero chance of keeping up with all these great new shows you keep hearing about.

So could there be streaming wars in sports?

They’ve already started. DAZN continues to grab whatever rights it can, and ESPN is getting more aggressive with its ESPN+ streaming service in the States. It recently cut deals with boxing promotions and the UFC to entice hardcore fans of those to subscribe. That’s decent original content, but everyone’s watching to see what happens next time the broadcast rights expire in the NFL, NBA or Major League Baseball. Those are the most coveted deals in North American sports.