Homegrown comics pushed back on plan to feature some international content 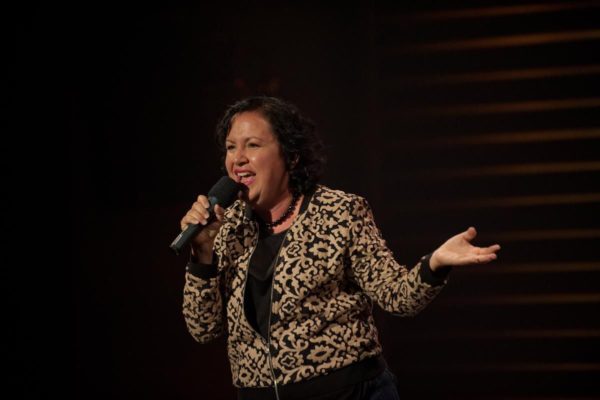 Sandra Battaglini, co-founder of the Canadian Association of Stand-up Comedians, was ‘thrilled’ to get the news that Just For Laughs and SiriusXM Canada had reconsidered a shift to more international content. (Sandra Battaglini)

Canadian comedians are walking away laughing after Just For Laughs and SiriusXM Canada announced they would keep a satellite radio channel’s content 100 per cent Canadian, after all.

News that a channel called “Canada Laughs” was being re-tooled by Just For Laughs (JFL) to incorporate performers from the U.S. and around the world sent ripples of anxiety through the Canadian comedy industry over the past week.

But on Wednesday night, SiriusXM and JFL announced that the channel, now called “Just For Laughs Canada,” would use only homegrown material and would not draw from JFL’s substantial archives of comics from around the world.

“Canadian artists will be eligible for the same royalties as under the previous channel,” the two companies wrote in a news release.

“I’m just so thrilled. Everyone is so thrilled,” said Sandra Battaglini, co-founder of the Canadian Association of Stand-up Comedians.