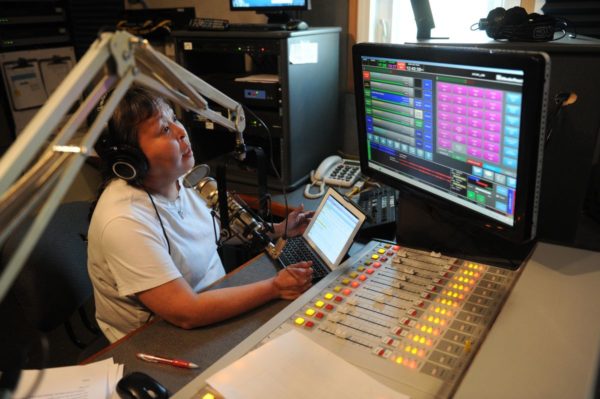 JUNEAU — Gov. Mike Dunleavy has proposed permanently eliminating state support for public broadcasting in Alaska, including the program that broadcasts legislative hearings to Alaskans for free.

The governor proposed no state support for public broadcasting in his budget released last week, and on Wednesday, Dunleavy introduced legislation to eliminate the Alaska Public Broadcasting Commission, which distributes state grants to TV and radio stations across Alaska.

In total, eliminating the commission would save about $3.6 million per year, according to figures from the Office of Management and Budget. The commission does not have any staff, but it distributes grants each year.

“This function can be accomplished utilizing non-governmental entities that can be attuned to and more responsive to the local broadcasting needs of communities,” the governor wrote in a letter accompanying his bill.

Matt Shuckerow, the governor’s press secretary, said the proposed cut is not based on the merits of the public broadcasting aid but is simply part of the governor’s effort to cut costs statewide amid a $1.6 billion budget deficit.