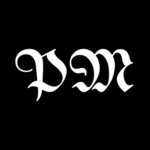 The television show featured Jagmeet Singh (NDP), Jay Shin (CPC), and Richard Lee (LPC). According to the program the organizers only invited members from parties that have “official status” in parliament.