By LEAH MCDONALD FOR DAILYMAIL.COM 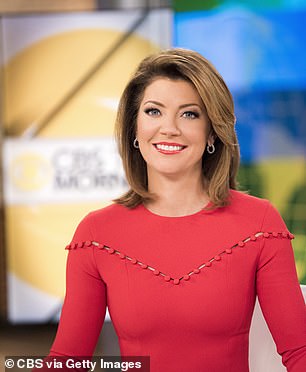 Executives are considering putting ‘CBS This Morning’ anchor Norah O’Donnell in the lead role of its evening-news broadcast, Variety reported.

The report indicated that the network was looking to move the show to Washington from New York.

Sources told Page Six that O’Donnell has been actively lobbying executives to move her to DC for some time from New York, where she is currently based.