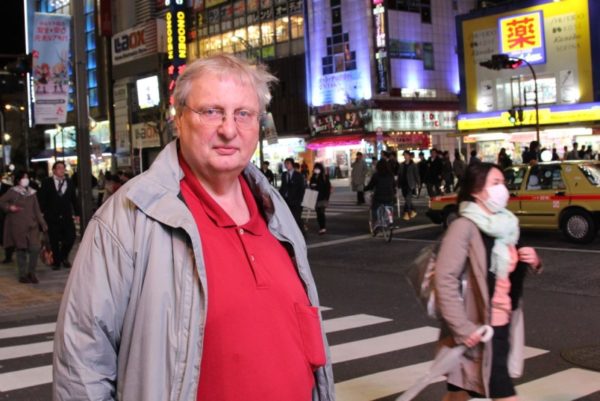 Ed Jurak, who died Jan. 26, represented an era and spirit of live radio that seems like a distant memory. Photo supplied
.

Just a few weeks back on Jan. 26, I lost an old companion named Ed Jurak. Ed was 75 years old when he passed, discovered by a friend in his small West End apartment. His health had been declining for some time, resulting from Jurak’s lifelong struggle with obesity.

You have probably never heard of humble Ed Jurak, but if you ever switched on a local sports or news talk radio station in the years preceding 2009 when he retired, you benefited from his work. He was one of those unsung, behind-the-scenes heroes of broadcasting who are usually underpaid and underappreciated.

None of this ever seemed to faze Jurak, who was just happy when things would work. He told me stories of driving long distances on cold nights when 50,000-watt broadcast antennas would begin to sputter, just so he could keep a station on-air.
.
I reflect upon Jurak’s life during a time of significant upheaval in the arenas of broadcast communications, internet, podcasting, streaming media, and disruptive services such as Netflix. The delivery medium has been revolutionized by server farms moving terabytes of data every second to our homes, businesses and mobile devices.
.

In the next two years, it is anticipated we will see widespread adoption of super systems, such as the often discussed 5G networks the major telecommunications carriers are all preparing for. These are the ones that supposedly will run our home appliances and provide the capacity for autonomous vehicles.

Gone are the days when an Ed Jurak could get a channel back on-air by giving the console a swift kick.

Someone going by the handle “Cart Machine” on the radiowest.ca bulletin boarddescribed Jurak’s MacGyver-like talent for keeping stations on-air.

“Once part of the vast CKO [radio] complex had a power failure, including the control room,” writes Cart Machine. “Ed simply went out to his VW van, grabbed a long lawnmower extension cord (Ed had no lawn) plugged it into the board and ran it down to the end of the hall where a government office still had power. The station was back on the air.”