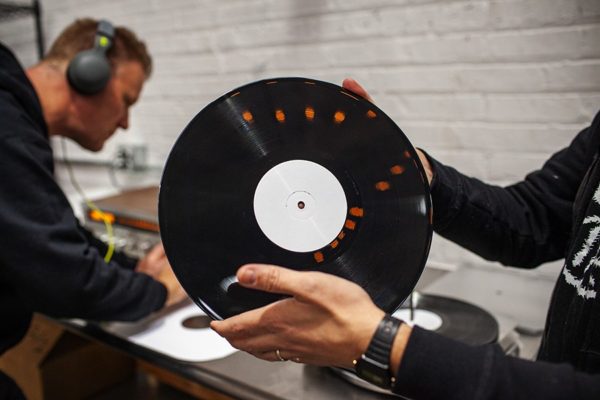 CHICAGO (WBBM NEWSRADIO) — Inside the former Hammond Organ Factory on Chicago’s North Side is the city’s first vinyl pressing plant in decades.

Open the sliding door and you’ll hear the sounds of music in the making, literally.

The brainchild of Andy Weber, John Lombardo and Steve Polutnik, Smashed Plastic was born from Weber’s experience in the independent music industry.
.

“I’ve been with CHIRP radio since they went on the air. As part of the local music scene, I saw this niche,” Weber said.

Despite having virtually no experience in the record production business, Weber said they took a leap of faith.

“Three years ago, we were joking around about starting a record label, and I said, ‘No, let’s figure out how to press records because physical media is back.’ At first, I had no idea what I was doing.”

The heart of the operation is the first steamless press in the world. It can turn a handful of PVC pellets into an LP in 30 seconds.

“A record starts as granulate, tiny little pieces of PVC,” Weber explained. “It melts into a long tube into a chord and goes into a little hockey puck with a hole in it. It goes into the machine, and the labels get baked directly into the record through pressure and heat.”

Weber said there are a couple steps that happen before it gets to the vinyl press.

“Bands will come out of a studio with their audio file. They go to an audio master. The grooves are cut and a music negative is created.”