The Canadian Press cuts jobs to deal with declining revenue 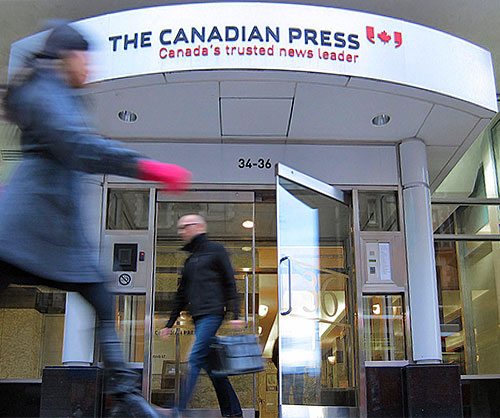 The Canadian Press is cutting six editorial positions, in a move the company said is prompted by a decline in its subscription revenue. Most of the journalists affected work in the news agency’s Atlantic bureau in Halifax.

Four people in that bureau were handed layoff notices Friday that will take effect at the end of March.

However, the news agency is also launching a voluntary departure program which means some other employees in the bureau may opt to leave the company, thereby saving the jobs of some of those who received the notices.

In a statement to employees, Canadian Press president Malcolm Kirk cited “tremendous disruption to traditional business models,” which has caused a decline in the advertising revenues of the news outlets that pay for Canadian Press services.
.

In a reply to Kirk’s statement, the Canadian Media Guild, the union which represents journalists at Canadian Press, said this is the fourth significant round of layoffs since last spring. The guild also represents CBC News employees.

The union said the workforce will be 15 per cent smaller than it was a year ago after these latest cuts take effect.

If you went to the “traditional business model” of telling the truth and providing useful information, then you would not be having this problem.

For example: Yellow Vest protests in Europe still going strong… and crickets on our public and private broadcasters.