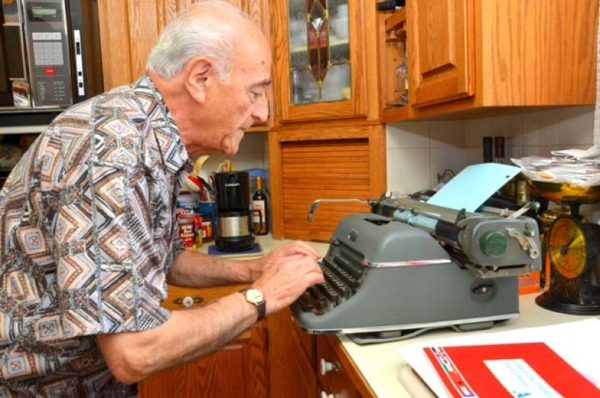 Former CKNW staffers were saddened on Friday to learn of the death of longtime Copy Chief Tony Antonias.

As reported by Northwest Broadcasters, he started at the station as a copywriter in 1955, soon moving up to Copy Chief and then Creative Director.

He is famously credited with composing the Woodward’s Department Store’s $1.49 Day jingle for which he was presented an International Broadcasting Award for creating one of the World’s Best Broadcast Advertisements.  Teresa McManus wrote a story about Tony’s role  in creating the jingle for the  New Westminster Record which you will find HERE.

I had the pleasure to work with Tony at CKNW for ten years. He was a very kind and talented man.
Over the years after his retirement we got together for lunch a few times with friends from the CKNW days. Very sad to hear of his passing. Thanks George for your tribute. RIP Tony.

Between CFMI and CKNW, I knew Tony for 43 years and he was one of the best wordsmiths I ever worked with. We collaborated on many projects over the years. Definitely one of my ‘most interesting characters.’

I also worked with Tony from 1984 until he retired .Tony was a very detailed creative director and was not shy about telling the clients that they were wrong when they wanted to change the copy that he had created.
Tony was also was a true gentlemen and always asked me how my my children we doing.
He definitely will be missed but not forgotten.