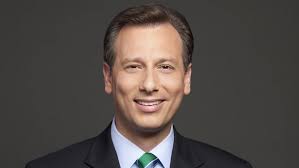 Detectives are currently investigating the death of the popular Los Angeles news personality, who was found unresponsive in a Glendale, California Days Inn on Thursday afternoon.

According to the Glendale police news release obtained by PEOPLE, the department received a call from a male friend who was with Burrous advising that the anchor was “passed out and was possibly not breathing” from a potential overdose. Though the fire department responded to the scene and paramedics administered CPR, Burrous was pronounced dead at the hospital.

“What we know at this point is that the call came in as a medical emergency, and that’s how it was handled,” Glendale Police Sgt. Dan Suttles said in a news briefing.

Burrous, who joined the KTLA team in 2011, became a viewer favorite: he helped expand the morning news to seven days a week by anchoring on weekends, and also had his own segment “Burrous’ Bites,” where he highlighted Southern California’s best hole-in-the-wall eateries.

Just watched him this past Saturday….He was a natural. So talented and such a loss. Very shocked and sad.

Another icon gone with a drug induced life style.