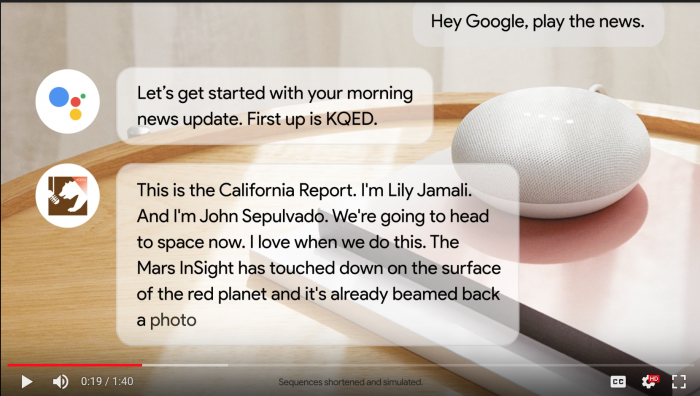 “News on smart speakers is not living up to the promise of what it could be.” 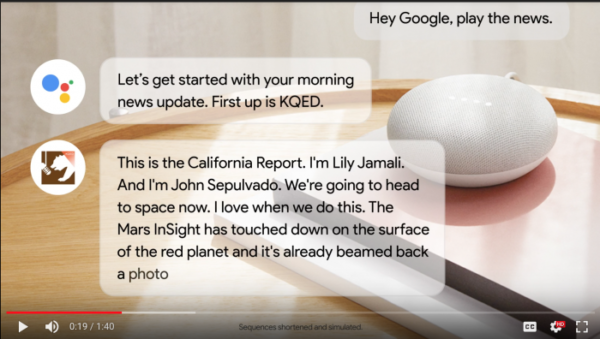 As recent research by Nic Newman — published by the Reuters Institute for the Study of Journalism, and written up by us here — shows, consumers aren’t the biggest fans of the sort of news briefings that publishers have been pushing out. Common complaints: The briefings are too long. They’re not updated frequently enough. They’re too repetitive; when bulletins from different news providers run together, stories get duplicated. And it’s hard to skip stories you’re not interested in — or hear more of the kind that you are interested in.Google is hoping to address some of these concerns with a new experiment, announced today, that will deliver more personalized audio news feeds through Google Assistant. “We are combining Google News with the interactivity and voice experience of Google Assistant,” said Liz Gannes, a former reporter for Recode, Gigaom, and AllThingsD who is leading the initiative. The company has spent the past year working with around 130 publishers to build a prototype of a news radio station that customers can control — using voice to skip stories, go back, or stop and dive further into a given topic. It’s built using each story as an individual chunk, rather than a briefing of stories chunked together. This video helps it make more sense:

“Imagine if you ask for news and get a quick update on the stories of the moment, then you get stories that speak to your personal preferences and interests. It’s like your radio station,” said Gannes. If you tune in in the morning on your phone, you might get a quick update. If you listen in your car — or anywhere else throughout the day — stories you heard earlier won’t repeat.”

READ THE REST OF THE STORY  HERE  AT NiemanLab.org