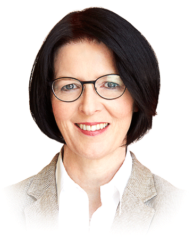 CBC English Services EVP Heather Conway (pictured above), in her last week on the job, has responded to a column by the National Post’s Tristin Hopper entitled “Really want to help print journalism, Ottawa? Stop CBC from undercutting us.”

In her response, Conway writes “This claim is made by private media in every country where there is a public broadcaster. It pretends that if there were no public broadcaster, then people would be forced to pay for their news, and all would be well, for private media companies, who presumably would also get all the digital ad revenue. This has never been true. Anywhere. In the case of newspapers, the revenue from classifieds, flyers and ads disappeared to the Internet decades ago.”

“Today, Google and Facebook alone take 75% of all Internet advertising revenue in Canada. Two global companies. It is not Canada’s public broadcaster that is ‘viciously undercutting print media.’ During this digital transformation, while these digital companies have grown and Canadian newspapers have consolidated, closed or cut to pay debt from acquisitions, we continue to serve Canadians and have moderated the worst effects of the upheaval on their news and their culture.”