Playing The Game As An Underdog, by Paul Kaye 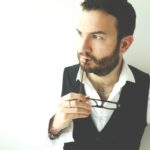 Playing The Game As An Underdog.

The business world is fierce. Every day is a battle. Marketplaces are competitive. It’s a never ending cycle of trial and error. You gain an inch, you lose an inch. You gain some ground and you lose some ground. Each industry has a top dog and underdogs… And it’s certainly a dog eat dog world.

I have always liked being on the underdogs team. I gravitate toward situations and teams where the deck seems to be stacked against us. I feed off the battles where there is already a dominant player who seemingly looks unbeatable. The battles where we are the small fish, swimming in an ocean of ferocious sharks. I just find something rewarding about taking on the big player… and winning! There is a rush from taking on the more resourced, the more trained, the more experienced and sometimes more talented. The adrenaline comes from taking them on and eventually prevailing. Eventually winning.

It is my belief that being stronger does not always equate to being the winner.

How do these underdogs succeed?

They understand the importance of teamwork. Underdogs know that no one individual can win the battle for them. It doesn’t matter how many star players they attract to the team, it is the collective that matters. Underdogs know that they can’t do it alone. The strength of the team is more important than any individual star power. They work together. They collaborate. They challenge. They dream and scheme together. It doesn’t mean they are always harmonious, in fact conflict is part of their DNA; they understand that conflict is part of the creative process. Underdogs have unity.

They understand the importance of belief. Winning teams win because they never lose their belief that they can win. Underdogs are faced with more setbacks than wins. They look upward at a giant hill that seems insurmountable, and yet still keep going. Underdogs believe that if they do the right things over and over again then eventually they will win. No matter how tough the challenges seem they never doubt that they can win. The team always believes.

They understand the importance of the basics. Sometimes we try too hard to invent a new way of doing things. We over complicate things. We think that in order to win we have to do something so bold and so drastic; something so disruptive that consumers can’t not pay attention. Successful underdogs keep things simplistic. They do the basics well and they repeat them day after day. They work hard and inject passion into their work. They understand that executing the basics consistently helps them to succeed.

They understand that fear can prevent progress. A lack of courage is often linked to failure. Fear is a paralyzer. Fear encourages us to play things safe. Fear stops us taking risks; and while no one succeeds by taking too many risks, you do need to be able to stretch yourself outside of your comfort zone. Fear blinkers us to what may be possible. Underdogs are dreamers who are willing to take action. Fear is not part of their psyche. They are not scared by obstacles, they see them as opportunities.

They understand the importance of being fuelled by passion. Passion is the fuel behind any successful underdog team. Underdogs are fuelled with passion. They have drive, determination, grit. They love what they do. They love the mission. They have purpose. They believe in what the team is trying to achieve. It is this unwavering passion that separates the underdog team from the top dog.

Every persona and every team says they want to win. Not all people and teams act like winners; they aren’t willing to do what it takes. Underdogs are. Top dogs over time become complacent; they get so used to winning that they don’t believe they can be beaten. Maybe they used to have the DNA of an underdog but over time they lose it. Top dogs need to remember that people thought the Titanic was unsinkable. That didn’t work out so well. Top dogs don’t intentionally try to lose the ground they have amassed, but over time the team believes in their hype; they get comfortable at the top. They misguidedly think they will keep winning and they underestimate the underdogs who challenge them. They think that because they have the past wins, the experience, the resources and the talent, they can’t be displaced from the top of the ladder. This makes them vulnerable to the underdogs, and often they don’t see the loss coming because of their misplaced confidence.

Underdogs are strong because of their mindset and attitudes. Not necessarily because of their current performance; which often has others discount them. Underdogs have perseverance and a “can do” attitude that keeps them getting up when they are knocked down. Their belief and behaviors set them on the right course.

People love rooting for the underdog and seeing them succeed. Underdogs have a magnetic quality about them. Utilize the underdog qualities even when you’re winning and you’ll be surprised how long you keep winning.