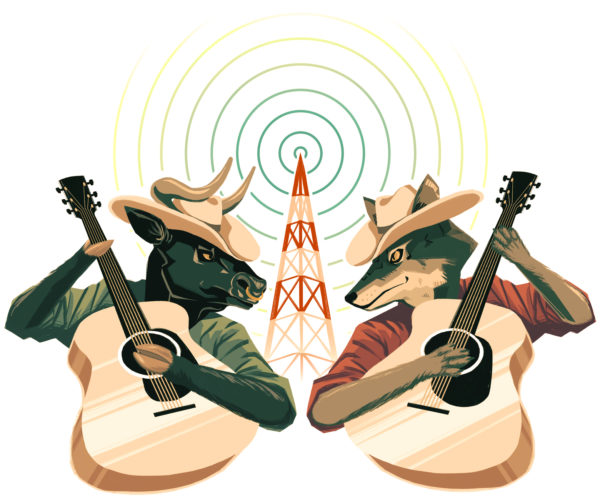 One year after 98.9 FM’s country makeover — and subsequent rebrand — we look at how Seattle-Tacoma’s dueling country radio stations compare.

Election season is over but Western Washington is still a battleground. Another showdown — one that cannot be won with red or blue lawn signs — wages on outside of Zac Brown Band concerts and during awards-show commercial breaks.

Roughly one year ago, a shake-up on the local radio dials saw Seattle country bastion 94.1 KMPS go soft rock after 40 years of honky tonkin’. In its stead, a new, separately owned station emerged shortly after to challenge Western Washington’s reigning country leader, the more-than-a-decade-old 100.7 The Wolf, for the top spot in your car radio presets. Months after Rock 98.9 traded Soundgarden for Sam Hunt, the Hubbard Broadcasting-backed station had a slight reboot, rebranding its newly christened country station as 98.9 The Bull this spring, promising to play more new country than its fellow animal-themed rival.