RCMP are investigating the death of former Calgarian Jon McMurray. 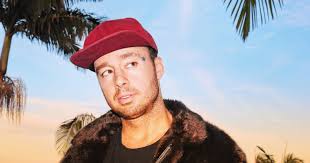 .
By the Canadian Press

VERNON, B.C. — A 34-year-old rapper who fell to his death in British Columbia while performing a stunt that involved rapping while walking on the wing of a plane was a “beacon of light to follow your dreams,” his management team says.

Jon James McMurray died Saturday filming a project he had been working on for months, a statement from the team said. He trained “intensively” for the stunt, it said.

“However, as Jon got further out onto the wing of the plane, it caused the small Cessna to go into a downward spiral that the pilot couldn’t correct,” the statement said.

“Jon held onto the wing until it was too late, and by the time he let go, he didn’t have time to pull his chute. He impacted and died instantly.”
.

The team said the plane and the pilot later landed safely.

THE REST OF THE STORY IS  HERE  AT CTV NEWS.