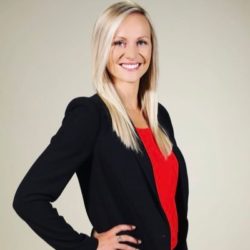 joined the station about six months ago as a traffic anchor and now adds shifts as a weekend anchor effective this weekend, and will continue to report traffic.

Jon Szekeres, who has been handling various duties, as of next month will be reporting Monday-Wednesday evenings and producing weekends.

Monika Gul will be adding weekend anchor to her job title. Starting next month, she will be joining Kurtis Doering in the anchor booth weekend mornings and moving into middays on Thursday/Friday as a reporter.