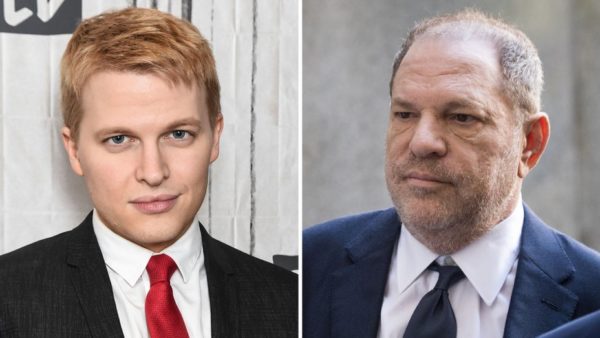 Rich McHugh, a former producer at NBC News’ investigative unit, says the order to stymie the investigation came from “the very highest levels of NBC.”

The New York Times on Thursday reported that Farrow’s investigation into multiple sexual assault and rape allegations made against Weinstein was stymied by “the very highest levels of NBC,” according to ex-NBC News producer Rich McHugh. Farrow ultimately left NBC News and published the story in The New Yorker in October.

McHugh, who left NBC News two weeks ago, told the Times that the network’s attempts to impede Farrow’s investigation into Weinstein is “a massive breach of journalistic integrity.”

Without disclosing the names of any executives involved, McHugh described NBC as “resistant” to the eight-month investigation, and by August 2017 they were no longer supportive and, in his view, were “killing the Harvey Weinstein story.”

“Three days before Ronan and I were going to head to Los Angeles to interview a woman with a credible rape allegation against Harvey Weinstein, I was ordered to stop, not to interview this woman,” McHugh told the Times. “And to stand down on the story altogether.”

NBC denied McHugh’s characterization of what happened, claiming that the story was not broadcast ready and that Farrow decided to take it to The New Yorker. Noah Oppenheim, the president of NBC News, told the Times: “He was never told to stop in the way [McHugh is] implying.”