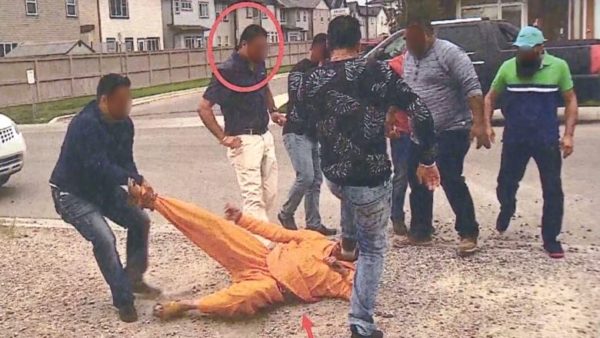 Calgary radio host Kumar Sharma (Fairchild Radio FM 94.7)  says he was physically attacked by several men and that he believes it was because of a Facebook post he shared about an aspiring UCP nomination candidate.

A Calgary radio host who says he was the victim of a swarming attack says he believes he was targeted because of an unfavourable post he shared on social media involving an aspiring UCP nomination candidate.

Kumar Sharma said he was attending an outdoor concert on Aug. 19 when he was confronted by two men who he says are supporters of Hardyal Singh Happy Mann, a United Conservative nomination candidate for Calgary-Falconridge.

Sharma said “the situation became so tense [he] feared for his safety” and he deleted the Facebook post on the spot. When he left the concert and approached his car, he said he was swarmed by several men and assaulted.

“I was viciously attacked from behind from a group of men… There were at least seven men who attacked me all at once. I did not recognize any of these individuals,” Sharma said.

“This has had a very severe impact on my health, on my emotional well-being and on my family.”

Calgary police have confirmed with Global News that they are investigating the alleged assault.

At a news conference hosted by Calgary Forest Lawn MP Deepak Obhrai on Monday, Sharma and Obhrai produced a photo which they said had been taken by one of Sharma’s friends who witnessed the alleged attack. They also claimed one of the alleged assailants has been pictured in multiple campaign photographs with Mann.