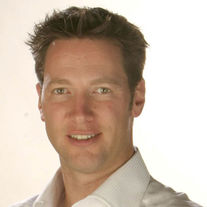 Calgary Flames games will look different on television next season.
.

Following the retirement of long-tenured broadcaster Roger Millions, Sportsnet has announced changes for the 43 regional games they will cover in 2018-19.

When the writer tweeted this:

Excited to announce I have joined Sportsnet full-time as a Senior columnist and TV analyst. I will remain in Calgary, focusing on the Flames and continuing my role on the broadcasts at home, while also traveling more with the team. Pumped join the talented Sportsnet team.

…. a Trevor Johnstone responded thusly:         That’s great news EF, @Sportsnet was getting too good. They’ll appreciate you bringing the average back down.

In addition to the 43 regional broadcasts, Sportsnet will cover the remaining 39 regular season games nationally.

FOR DATES AND GAMES ON THE BROADCAST SCHEDULE PLEASE VISIT ‘THE DAILY HIVE’ HERE.