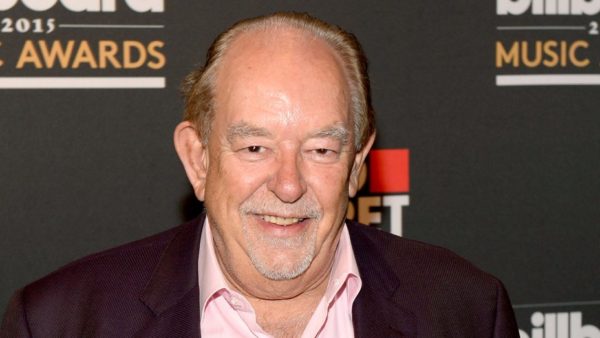 The veteran journalist had been working as a celebrity columnist for the Las Vegas Review-Journal.

Robin Leach, the veteran entertainment journalist best known for his work on TV’s Lifestyles of the Rich and Famous, died Thursday night. He was 76.

Leach had been hospitalized since Nov. 21 after suffering a stroke in Cabo San Lucas, according to the Las Vegas Review-Journal, where Leach worked as a celebrity columnist.

“Sad to report the death of famed celeb reporter, friend and colleague #RobinLeach @ 1:50 a.m. in #LasVegas. He would have been 77 Wednesday. He suffered a second stroke Monday. He in hospice care. He’d been hospitalized since Nov. 21, after suffering a stroke in Cabo San Lucas,” announced columnist John Katsilometes on Twitter.

“Despite the past 10 months, what a beautiful life he had. Our Dad, Grandpa, Brother, Uncle and friend Robin Leach passed away peacefully last night at 1:50 a.m.,” said the family in a statement. “Everyone’s support and love over the past, almost one year, has been incredible and we are so grateful. Memorial arrangements to follow.”

Leach joined the Las Vegas Review-Journal in 2016 as an entertainment columnist to beef up the newspaper’s celebrity and lifestyle coverage across all platforms. “I look at it as a challenge. It’s another [opportunity] to make something out of thin air. I’ll work as many hours as necessary. I’ve never shied away from hard work,” Leach told The Hollywood Reporter at the time of his hopes about making an impact on new media. “When there is opportunity to do better at what you’ve been doing with new tools at your disposal, that becomes really exciting.”

The London native gave viewers a glimpse of those with “champagne wishes and caviar dreams” with Lifestyles of the Rich and Famous, which aired in syndication from 1984-95.