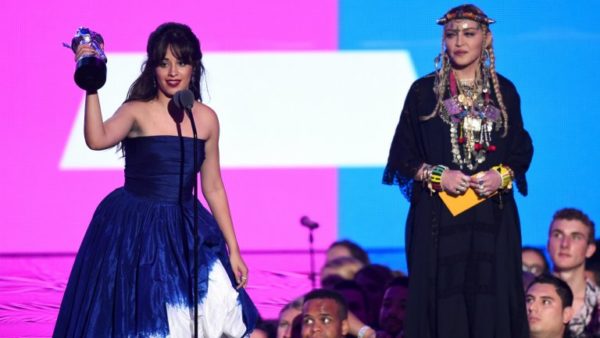 The event falls short of the 2017 ceremony, which had the previous record-low audience.

For the second straight year, the MTV Video Music Awards drew its smallest audience ever.
.
Monday’s show drew 2.25 million viewers and a 1.1 rating among adults 18-49.
.
Across eight Viacom-owned channels, it drew 4.87 million viewers and a 2.2 in the demo; both sets of numbers fall short of the 2017 VMAs, which set the previous low.
.
The awards also aired on a ninth Viacom network, TV Land, for which numbers weren’t immediately available. It is highly unlikely, however, that enough people tuned in there to push the VMAs past their 2017 on-air total of 5.36 million viewers and 2.6 rating in adults 18-49.
.
READ MORE  HERE.