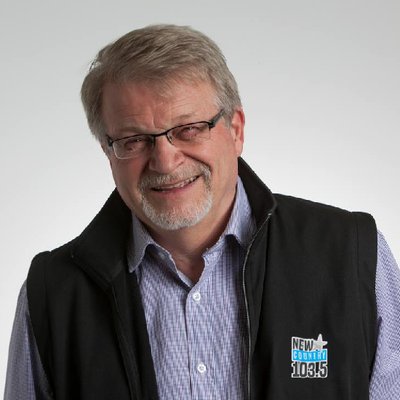 Jay Bedford’s voice is one Cape Bretoners have come to know as soon as they cross the Causeway.

This week, Bedford is celebrating 50 years behind the microphone — most of it in Cape Breton.

“I came up here not expecting to stay, and fell in love with the people, the area, everything about Cape Breton Island,” says Jay Bedford, the music director and an announcer at New Country 103.5 in Sydney, N.S.

“The Jaybird,” as he’s often known on-air, started at his high school radio station, but as more of a tech guy behind the scenes.

“One day, one of the announcers wasn’t available and I ended up doing an on-air shift and fell in love with the concept of being behind the microphone,” Bedford says.

He came to Sydney in 1971 and, over the years, he’s done morning shows, afternoons, early every job in the industry.

He’s beloved by listeners for his warm and friendly voice and by colleagues for his unrivalled passion for radio and his sincere willingness to help other broadcasters.

“Jay’s the real deal,” says Sharpe. “He was born with radio in him. 50 years later, he has the same passion for the business as he did the first day he started in 1968. He’s the most positive, heartwarming guy you’ll ever meet. And it’s a pleasure to work with him each and every day.”