Blackgold Broadcasting of Leduc Alberta is welcoming a new addition to its broadcast team. Starting August 20, Evan Cooke will begin in the role of News Director for 93.1 The One in Leduc, and 88.1 The One in Parkland County. 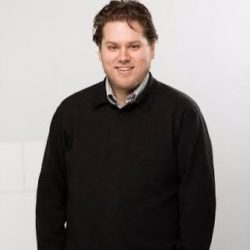 Along with anchoring morning newscasts on 88.1 and occasionally on 93.1, he will also be the new play-by-play announcer for broadcasts of the Spruce Grove Saints hockey team.

“I’m incredibly excited to join the team at Blackgold Broadcasting, and to get to know the Leduc and Parkland communities as a whole,” says Cooke. “I also couldn’t be happier to help build on this partnership with a high calibre organization like the Saints. I can’t wait to get started.”

Cooke is coming from Kelowna, BC, where he’s been midday news anchor and sportscaster on AM 1150 since 2016. He’s been the radio voice of the Okanagan Suns junior football team. Prior to AM 1150, he spent three years working as a local anchor, reporter, and eventually News Director at multiple stations in Fort McMurray. During that time, he also spent three seasons covering and working with the Oil Barons, and brings seven years of hockey broadcasting experience into the booth.