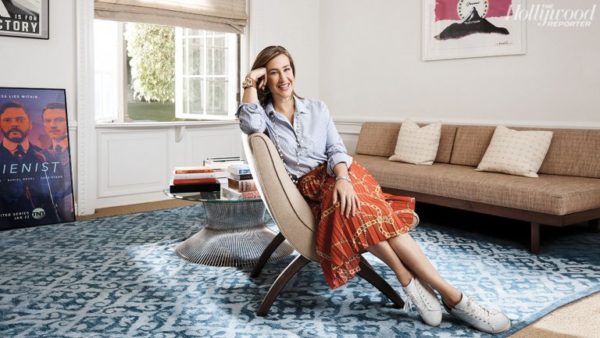 She was tapped to oversee the division in 2013 and has delivered hits including ’13 Reasons Why’ and ‘The Alienist.’

Five years after being tapped to lead the newly relaunched Paramount Television banner, Amy Powell is out.The news was announced Thursday via an internal memo from Paramount CEO Jim Gianopulos in which he outlined “multiple individuals” who raised “concerns around comments” made by the executive in a “professional setting, which they believed were inconsistent” with Viacom’s values. According to sources, the comments included racially charged language. Sources say the inciting incident occurred during a studio notes call for Paramount Network’s First Wives Club reboot, which is being penned by Girls Trip co-writer Tracy Oliver and will feature a predominantly black cast.

Powell, who is said to have been a favorite of Viacom CEO Bob Bakish, allegedly made generalizations about black women that struck some on the call as offensive. A complaint was filed to human resources, who with the legal department, investigated the claims and those involved on the notes call. Sources say Paramount considered discipline but decided to fire Powell after she denied the allegations.

“Having spent the past several days conducting a thorough investigation into this matter and speaking to those who were present, our Human Resources and Legal teams came to the same conclusion, and we have made the decision to terminate Amy’s employment, effective immediately,” Gianopulos wrote.