Fox News announced that Kimberly Guilfoyle is no longer working for the network on Friday afternoon with a very blunt and concise statement.

At the same time, a source tells DailyMail.coim that Guilfoyle will not be appearing in The Five and given the chance to say goodbye after 12 years with the network.

She will instead be replaced by Katie Pavlich, who is filling in for Guilfoyle on Friday. 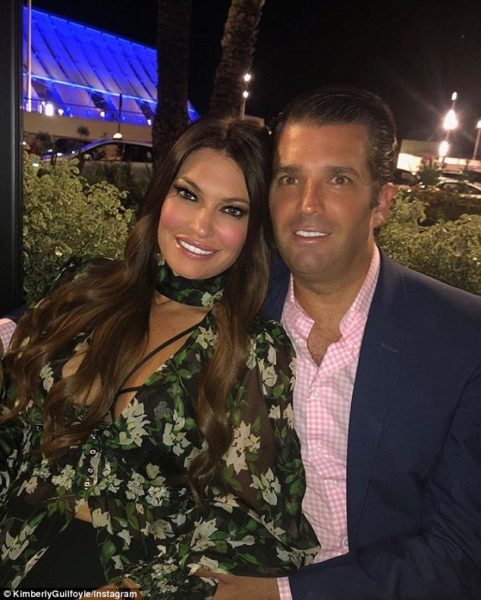 Family first: Kimberly Guilfoyle, 49, is reportedly stepping down from her job hosting The Five on Fox News after joining the network in February 2006 (Guilfoyle and Don Jr.in Monaco last week)
. 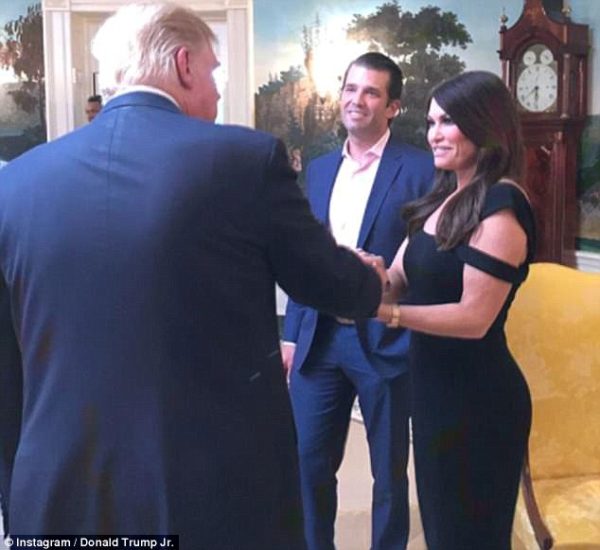 Guilfoyle will reportedly take a job with the America First PAC, though it is unclear if this is a permanent move or just a leave of absence from Fox News (Guilfoyle and Don Jr with President Trump in June)

Huff Post had reported earlier in the day that three sources claimed Guilfoyle was not leaving the cable news network ‘voluntarily,’ and that her team was busy working out the details of her separation package on Friday.

Sources close to both Guilfoyle and her boyfriend Donald Trump Jr denied those claims at the time, saying it was her choice to exit Fox News and begin a new job at America First.